Building on the rumours surrounding Xiaomi’s next flagship device, a recently leaked image on the Chinese micro-blogging website Weibo, suggests that the Mi Mix 2s will beat the other speculative contender, the Xiaomi Mi 7 to the race. The Xiaomi Mi Mix 2s image on the website also lists some of the specifications of the upcoming Xiaomi smartphone. 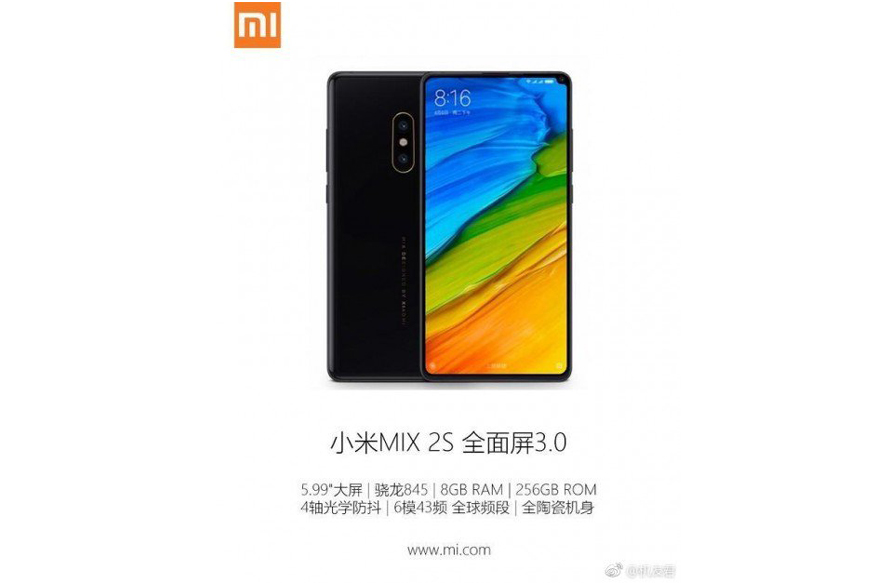 The leaked image displays the Xiaomi Mi Mix 2s sporting a Full-Screen design 3.0, with just a small notch for the selfie camera at the front, surrounded by a Full-Screen 5.99-inch display. In addition to this, the image also reveals an 8GB RAM and 256GB of internal storage. There is also a vertical dual camera setup at the back, with LED Flash in between.

Other features rumoured to be sported by the Mi Mix 2s are an under-display fingerprint sensor as well as some AI-powered features.