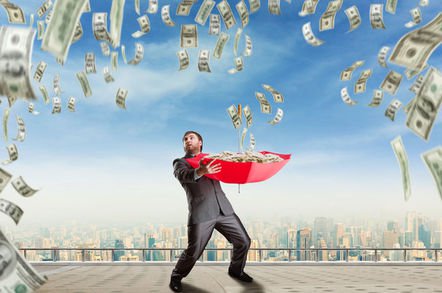 The only thing we don’t really know is the pricing, but that’s the most interesting thing about the S9: it determines the future of Samsung Electronics.

Apple gave Samsung a huge gift last year when it set the price of its iPhone X at £999 ($999). The sighs of relief in Seoul must have been audible thousands of miles away. Samsung’s margins had dramatically collapsed three or four years ago, and Apple has essentially given Samsung license to raise them again. Samsung doesn’t have to do anything revolutionary either, because Face ID is an entirely ignorable innovation. If Apple executives hoped that this highly complex and expensive facial recognition system would make iPhones hard to copy then these hopes might be in vain. The world is perfectly happy touching a fingerprint sensor to unlock its phones.

So with Face ID, Apple didn’t really re-establish any kind of technology lead. Perhaps Apple hoped that the Android industry would spend billions (and years) trying to replicate it, only to come up with a kind of Concordski.*

I suspect that enthusiasm for the iPhone X – and overall, signals are mixed – is due to the curved OLED, which Samsung and others have been offering for three years. Just as Apple saw an uptick in 2014 from finally selling larger devices, it will surely see another from bringing curved OLED to the range later this year.

But pocketing higher margins for “not much more” is a dangerous game to start playing. While they’re loath to acknowledge it, Samsung executives know that the competitive threat comes not from Apple, but from an ever-improving, ever-evolving Huawei.

This is where much of Samsung’s customer base is likely to defect – not Apple, because relatively few customers leave the ecosystem that they’re already in. Fewer will leave the Apple ecosystem because Apple now offers more iPhone models at a wider range of price points than it ever has before.

The two-and-a-half-year-old iPhone 6S remains an excellent device (albeit with terrible battery life), and represents an upgrade for anyone with an even older iPhone. Gadget bloggers tend to forget this is what the real world looks like: there are loads of people with three or four-year-old phones. Staying with Android and saving hundreds is what Huawei/Honor offers people today, and if Samsung makes the Galaxy S9 even more expensive then that proposition becomes much stronger.

One of the least noticed developments in the smartphone market last year was Huawei starting to cannibalise itself, using largely the same technology that it uses in its flash, heavily promoted premium range in the Honor phones, squeaking in at £499 or £379. Huawei cannot match the slickness of the UX and the aftermarket of Samsung, but they’re fine products well made.

One traditional response for a giant consumer company like Samsung would be to capture more value from the ecosystem – but that belongs to Google, not Samsung. Instead Samsung is beavering away on DeX, which allows a smartphone to plug into a monitor and keyboard, and replace a laptop. I was very impressed with the 1.0 iteration of DeX and leaks from Evan Blass suggest Sammy has been hard at work refining it.

But outside emerging markets, DeX may well remain a niche. There is no global laptop shortage. And don’t forget Huawei has its own DeX trick too.

So Samsung may well be tempted to cash in on the short term. But by doing so, it may also be guaranteeing its own irrelevance. Samsung must start cannibalising itself; it needs an “S9 Lite” more than it needs to hike the price of the Galaxy closer to £1,000. ®

Is the Technics SL-1200GR Suitable for DJs?