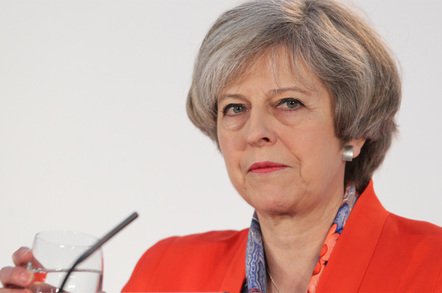 The idea is mooted in an apparently straight-faced blogpost on Conservative Home by Leon Emirali, a “media entrepreneur” who co-founded digital PR agency Crest and is a candidate in the London local elections.

We’re not sure if the use of the term Maybot – coined by The Guardian‘s John Crace to refer to our PM’s lack of human features or ability to engage with questions – has slipped Emirali by or if he’s trying to subvert the term for his own use.

Either way, the suggestion is one of three ideas to drag the Tories, kicking and screaming if necessary, into the digital age.

It’s all part of the wider struggle the party has in attracting younger members (a battle not helped by appointing people who suggest benefits claimants should have vasectomies as the vice-chair for youth).

Emirali’s tack is to tell the party to ditch “the war for social media” with Labour, saying that it’s been over for “a number of years” and any further efforts are “too little too late”.

Instead, the party needs to embrace the kool tech that all of these big tech firms are pushing at gabfests like CES – the kids like that stuff, right?

Among his ideas are personal assistants to give morning briefings and investing in VR platforms so voters can “take a seat in the Cabinet Room” – presumably not to see any real-life discussions, though.

But the icing on the cake is the idea of developing a robot messenger to spurt out messages to voters to, er, “create a more personable touch”.

Apparently not dissuaded by the fact that even one of the world’s biggest tech businesses managed to end up with a Hitler-loving sexist troll – and public relations disaster – on its hands, PR-man Emirali suggests naming it after the PM.

For example, he said, “by adding a ‘Theresa May bot’ on WhatsApp, users can ask ‘what’s going on with Brexit?’ and be given a bitesize, conversational overview of the progress being made”.

Given that the government doesn’t seem to know – or want to share – what’s going on with Brexit, El Reg isn’t sure whether a chatbot would elicit a more helpful response than “Brexit means Brexit”.

But – assuming Maybot doesn’t become a raging racist (the chatbot, that is) – maybe it’s worth a try.

Who knows? If it goes well, Michel Barnier might have more luck with the WhatsApp Maybot than he is with the real-life Maybot. ®