Soon after the global launch of the Xbox One X gaming console in November 2017, Microsoft today announced its availability in India for a price of Rs 44,990. Touted as the world’s most powerful gaming console, the Xbox One X is made for 4K gaming and offers native 4K UHD resolution, HDR and wide colour gamut.

Microsoft claims 40 percent performance boost in the Xbox One X when compared to other consoles. Powered by the 6 Teraflops Scorpio Engine, the console offers 8GB of Flash and 1TB HDD storage. There is 12GB of GDDR5 RAM at 326GB/s. As far as video capability is concerned, the Xbox One X offers True 4K UHD with support for HDR 10. On the audio front, there is DTS 5.1 and Dolby Digital 5.1 with TrueHD with Atmos. Connectivity options include WiFi, IR blaster, two HDMI ports, three USB 3.0 ports, S/PDIF and Ethernet port. It has a built-in 4K Ultra HD Blu-ray player along with 4K streaming capabilities. 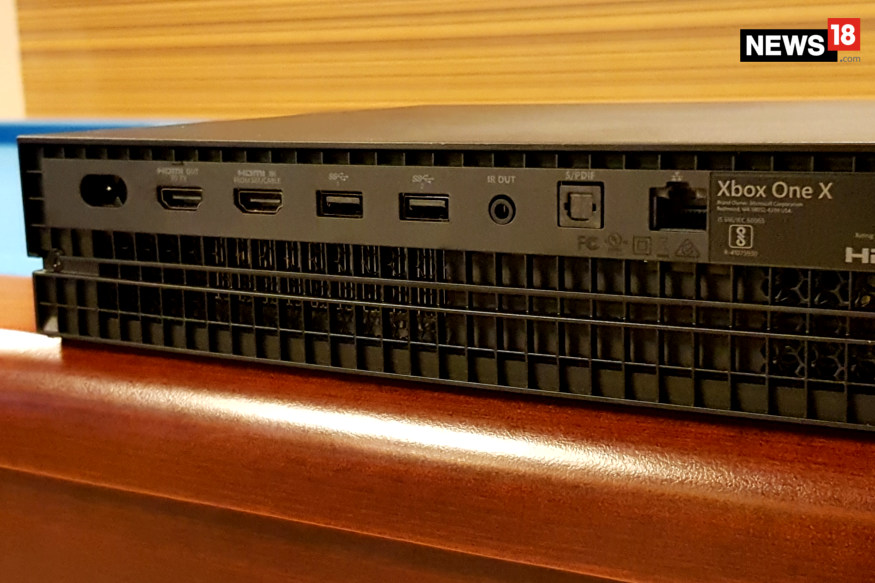 The Xbox One X comes with one wireless controller, 4K HDMI cable along with a power cable out-of-the-box. As far as backward compatibility is concerned, the Xbox One X supports all Xbox One accessories and also runs well with standard 1080p TVs, if you do not have a 4K TV already. “Existing Xbox One games play even better, with improved textures, smoother frame rates and faster load times, even on a 1080p TV,” said Microsoft.

The Xbox One X will be available on the Microsoft India store, Amazon and Flipkart. Consumers can also buy the Xbox One X from Landmark and Croma retail stores starting January 23. The device will also be available for purchase from over 100 gaming specialty stores in India.

The Xbox One X Enhanced program aims to better existing game titles for 4K gaming. “More than 80 new and existing games are enhanced for Xbox One X to take advantage of its full power, including Forza Motorsport 7, Super Lucky’s Tale, Middle-earth: Shadow of War, Assassin’s Creed Origins, Halo Wars 2, Gears of War 4 among others.”

Don’t Miss: Qualcomm Snapdragon 845: All You Need to Know