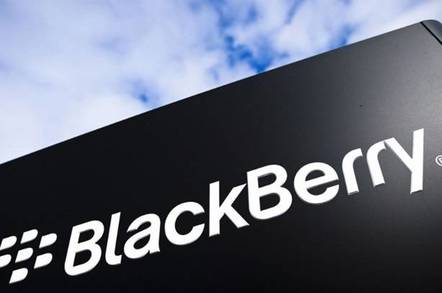 BB’s Unix-like OS will join the cloud services, open software stack, reference hardware and vehicle sets that make up Baidu’s Apollo – the self-driving system behind its autonomous vehicles announced in April 2017. Baidu’s own software, including maps, smartphone integration and an AI voice assistant, will be plugged in to give Apollo additional capabilities.

Baidu announced partnerships with Microsoft Cloud in June 2017, and other big names like Bosch, Nvidia and TomTom to assist with development and rollout. It backed a fund to pour £1.1bn into 100 lucky self-driving projects around the world in September of the same year.

QNX, originally developed by QNX Software Systems, was bought by Research in Motion in 2010, and has been used as an OS in BB’s mobile devices as well as control systems for medical and safety applications. The potential of its CAR platform was also spotted by Aptiv (previously Delphi Automotive), which selected QNX to operate its own autonomous vehicle in September.

Car making titan Ford has been using QNX in its entertainment systems since 2014, and later hired 400 BlackBerry employees in 2017 to work on its connected car projects. Then there’s Apple, which uses QNX in its CarPlay integration standard, which has been steadily added into the infotainment systems of new cars in recent years.

In a joint statement, Li Zhenyu, general manager of Baidu’s Intelligent Driving Group, said: “By integrating the BlackBerry QNX OS with the Apollo platform, we will enable carmakers to leap from prototype to production systems.

“Together, we will work toward a technological and commercial ecosystem for autonomous driving, intelligent connectivity, and intelligent traffic systems.”

John Wall, senior vice president of BlackBerry QNX said: “Baidu has made tremendous strides in Artificial Intelligence and deep learning. These advancements paired with their high-definition maps and BlackBerry’s safety-critical embedded software and expertise in security will be crucial ingredients for autonomous vehicles.” ®

Technics RS-B965 vs Technics RS-AZ7 A sound capture card is on my shopping list so I can do these videos properly In this test, ...

A short side by side comparison of the Pioneer PLX 1000 turntable compared to the Technics M5G turntable by Dj Shake One.