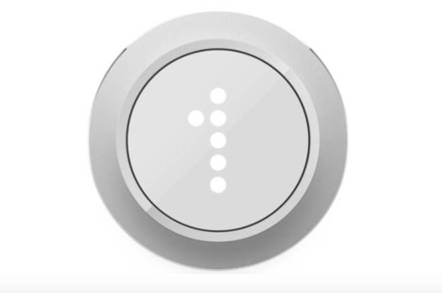 We had the rug pulled from under our front door, says CEO

Otto, whose sole gizmo was to be an internet-connected finger-scanning front-door lock, said it ran out of money, and will not be able to ship its gear to customers just four weeks before it had planned to do so.

In a post to Medium, Otto CEO and founder Sam Jadallah insisted the upstart’s failure was not a rejection of the notion of paying $699 to complicate something the local hardware store sells for $15, but rather was the work of a nefarious bait-and-switch by an unnamed corporation.

“When we introduced Otto to the world, we struck a happy chord with the marketplace,” Jadallah said.

“Concerns about the $699 price point melted away as homeowners valued the security, design and performance of a new generation of home access that Otto represented.”

According to Jadallah’s account of events, the unnamed company which “understood the product we built, the engineering behind it, and the opportunity it represented” approached him in September 2017 with an offer to buy Otto. That deal, said Jadallah, carried with it the stipulation that Otto could not solicit bids or raise funds before closing in December.

“On December 11th, they called me and stated they would not complete the acquisition nor revisit the investment proposal. I was stunned,” said Jadallah.

“The reason is still not understood. We had extended our cash to get to the closing date, and now were left without alternatives.”

Now, Jadallah said, Otto is out of money and will perhaps never get to sell you the $700 fingerprint-scanning door lock you never knew you needed, wanted, or cared about.

“We will evaluate our options in the coming weeks and see what is open to us,” he added, suggesting the tech may make some kind of comeback.

It’s a shame, because to hear Jadallah tell it, Otto somehow made opening the front door a life-altering experience. Take, for example, this story of the time Otto staff showed their lock to an “elite Swiss watch” designer:

That must have been one hell of a deadbolt. ®