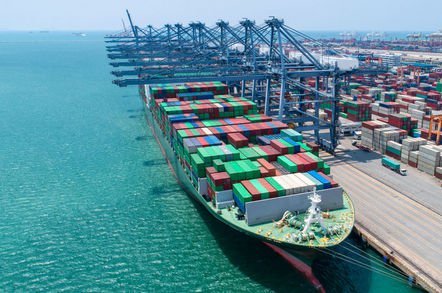 Possibly Gemalto and Telit, judging by this

IoT module shipments are a useful proxy to assess how much market demand there is for The Next Big Thing™.

Consulting house Strategy Analytics reckons that the number one vendor by number of shipped devices is Sim Technology Group’s Simcom offshoot. During 2017 Simcom is said to have shipped 33 million units in 2017, putting it ahead of wireless giant Gemalto, Telit and Sierra Wireless, the usual big dogs.

Together, the top four firms hold 63 per cent of the market, according to number-crunchers Strategy Analytics, who compiled the cellular module figures for a recent report. Being focused on cellular shipments only, technologies such as Zigbee were not included.

Matt Wilkins, an IoT analyst at consultancy Strategy Analytics, said in a statement: “The power of the Chinese market is clearly illustrated by the performance and ultimately ascension of SimCom in 2017. However, with a module portfolio heavily weighted to mature technology (2G), the company must strive to balance market demands from China against the shift to newer bearer technologies; as witnessed by the fact that approaching half of global cellular IoT module shipments in 2017 were 4G”.

Non-2G module shipments are expected to increase in coming years with the inevitable steamrollering-on of 5G, whose proponents are at great pains to tell the world how much of IoT will shift to the new connectivity standard.

“Despite best efforts on the part of SIM Technology Group and u‑blox, the Parties could not close the deal as originally intended and were unable to find alternatives that worked for both whilst sustaining the intended benefits,”” said U-blox last May. Judging by Simcom’s recent performance, Sim Group must be pretty chuffed that they decided to hang onto it after all.

The Register has previously spoken to people in the know who asserted that a couple of years ago ago, there was a bottleneck in global module capacity which slowed some planned deployments of named IoT technologies. ®