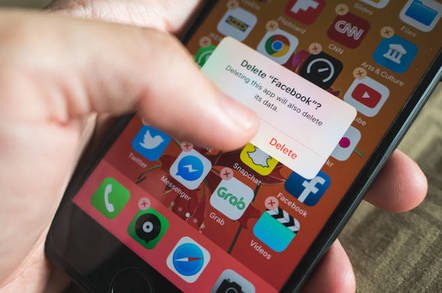 Class action seeks a Zuck-ton of money for privacy invasion

A complaint [PDF] filed in the social network’s home district of Northern California accuses Facebook of violating both state and federal law when it logged and collected information from the Android version of its mobile application.

The class action complaint alleges Facebook illegally deceived users when it failed to properly notify them of all the information that the Android app was collecting, including phone and text messages sent outside of the service.

“On mobile devices utilizing the Android version of Facebook apps (or ‘Android mobile devices’), Facebook has collected and stored information in a scope and manner beyond that which users knowingly authorized. The practice is ongoing,” the suit alleges.

“This activity includes assessing users’ call and text histories (including metadata such as the names and number of persons contacted), the times of such contacts, and the lengths of such contacts.”

That activity was brought to light in March of this year when the Cambridge Analytica data harvesting scandal brought Facebook’s handling of user data into the spotlight and prompted many users to try and cut ties altogether with the site, or at least get a close look at what information Zuck and Co. were collecting.

Some of those who looked to make use of Facebook’s data history tools to see what had been collected were horrified with what they found: the Android version of the Facebook mobile app had been able to closely log user activities outside of their Facebook account, including phone call logs and text message contents.

This being the USA in 2018, it was pretty much inevitable that lawsuits would soon follow.