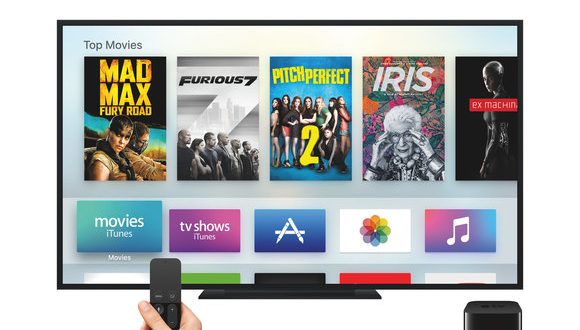 There’s a lot of attention on the new iPad right now, but if you’re looking for a hefty deal on an Apple product that hasn’t been in the spotlight much lately, head over to Best Buy. For today only, the retailer is selling the previous-generation 64GB Apple TV for $160, down from the usual price of $200. That’s one of the best prices we’ve ever seen it listed for, and to give you an idea of the savings, it’s the same price as the refurbished version of the same model that Best Buy is currently selling.

Just keep in mind that this isn’t the swanky new Apple TV 4K. All the same, it does at least play nice with HDTVs by offering a resolution of 1080p. You can search for movies and apps by voice through the Siri Remote, which also doubles as a serviceable game controller.

In our review from 2015, we said the 4th-generation Apple TV took some “big steps forward,” but it wasn’t “a revolution.” (Compare that to our enthusiastic review for the Apple TV 4K, which we called “the ultimate iTunes box.”) For highlights, we noted how we loved the Siri Remote, but we were a little bummed by the offerings on the Apple TV App Store at the time. On the bright side, the App Store has gotten a lot better since then.

It’s a good deal, but considering that the 64GB Apple TV 4K sells for $199 at Amazon, you might be happier in the long run by embracing the latest technology for 40 extra dollars. On the other hand, if you’ve simply decided that this is a good time to bring the Apple TV into your life, this offer gets you a hefty amount of storage space for a perfectly reasonable price.

This story, “Get a 4th-gen 64GB Apple TV from Best Buy for 20% off” was originally published by
Macworld.