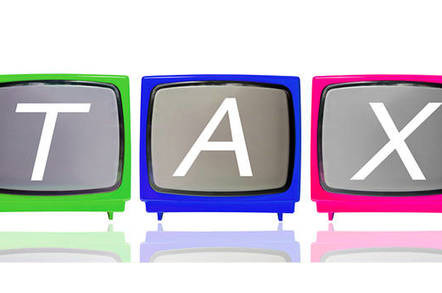 Addressing a conference of Catholic Bishops in Washington DC this week (we have no idea why either), Rosenworcel complained [PDF] that the federal regulator “is about to rush this standard to market without understanding the consequences for consumers.”

Not only will Americans have to pick up the cost of developing the new standard – ATSC version 3 – through higher cable bills, she warned, but since the standard is not compatible with the current ATSC 1.0 spec, it also means everyone will need to buy a new television set, set-top box, or similar, to use it.

“This is not a great boon for consumers,” she argued. “It’s a tax on every household with a television.” Instead, she proposed that the FCC “go back to the drawing board” and come up with a way to move over to the new standard “that better serves the public interest.”

The speech was Rosenworcel’s first since she was reelected to the FCC after an eight-month gap in which her seat was left empty thanks to congressional politics. In particular, her intervention comes after the FCC, back in February, approved a “notice of proposed rulemaking” that would allow broadcasters to start rolling out ATSC 3.0.

The FCC is all too aware that version 3 of the standard doesn’t work with version 1 (and version 2 is effectively being ignored because the internet has overtaken it) but reached an attempted compromise where broadcasters will be expected to send out signals in both formats for some unspecified period of time so that millions of people aren’t forced to buy new equipment right away.

Americans will eventually have to do that, though, since ATSC 3.0 will not work with today’s TVs – even the most modern sophisticated. Additionally, there is a question mark over whether free-to-air channels will remain so after the shift to ATSC 3.0, or whether broadcasters will be able to force a change to the decades-old system and charge for any and all content.

There are clear advantages to ATSC 3.0, however. It is eagerly anticipated by the cable industry because it will allow 4K and 3D shows to be streamed over the air and so allow them to compete more effectively with internet-connected streaming boxes. It will also mean that smartphones and tablets should be able to access that same material without using up data. The standard also uses the latest sound standards and will allow for greater interactivity.

All of this has been made possible through improved bandwidth efficiency and compression and by making use of internet technologies and protocols in combination with traditional over-the-air broadcast tech.

The main content – sounds and pictures – will continue to be sent over the air but ads and other personalized and interactivity data will be sent using internet protocols. On the plus side, that means greater interactivity and better services like video-on-demand. But it also means broadcasters can use internet technologies like access restriction and encryption to block viewers.

ATSC 3.0 has already appeared in South Korea, in large part because the country decided it would broadcast the 2018 Winter Olympics – which will be held in South Korea – in the new format. It likely won’t appear in the United States in any usable way until the end of 2018, with most people starting to get it early 2019.

How about today or sooner?

With more and more folks moving away from cable to internet content, the cable industry is very, very keen on moving fast on ATSC 3.0 – hence the FCC’s seeming rush to allow rollout. And no one can accuse this FCC under chairman Pai of not worrying about what the cable industry wants.

Rosenworcel’s call for a delay in deploying it until consumers are less impacted has, predictably, not gone over well with the industry.

“Unfortunately, Commissioner Rosenworcel misunderstands the goals and asks of broadcasters,” said the National Association of Broadcasters’ Dennis Wharton in response. “We simply want to compete on equal footing with national wireless and pay TV providers… This will be a free and local programming innovation that the FCC routinely supports, and that tens of millions of consumers will enjoy.”

Once they buy their new telly, of course. ®