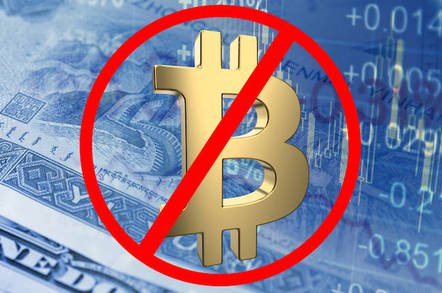 Banks on the mainland have informed state media they will “step up measures” to eliminate citizens trading in cryptocurrencies using overseas websites, with the help of the Middle Kingdom’s Great Firewall, in addition to the previous bans on domestic crypto-coin-trading websites and services.

Hong Kong’s South China Morning Post said today the People’s Bank of China has told citizens that “to prevent financial risks, China will step up measures to remove any onshore or offshore platforms related to virtual currency trading or ICOs.”

In addition to banning foreign digi-dosh exchanges, China is also said to have banned ads from cryptocurrency websites from appearing in search results in both Baidu and Weibo.

The clampdown by China on crypto-coins is not an unexpected development. The country began moves to block trading back in September along with bans on cryptocurrency fundraising sites and initial coin offerings (ICOs).

As 2018 began, reports surfaced that further actions were planned to reduce remaining cryptocurrency trading activity in the country.

China is not alone in its efforts to curb the trading of Bitcoin and other cryptocurrencies. Citing worries over its instability and use for criminal activity, government officials in South Korea have banned ICOs and recently passed a law to prevent cryptocurrency deposits into anonymous bank accounts.

Meanwhile, India’s government warned this month it would not recognize cyber-cash as legal tender, and signaled an outright ban on the use of Bitcoin and other cryptocurrencies for illegal purposes and within the country’s payment system.

In the US, the authorities have been relatively gentler, however, have begun measures to shut down dodgy ICOs and bring charges against cryptocurrency scammers.

Amid the turmoil, Bitcoin – the cyber-cash poster child – has seen a massive drop (or “price correction” depending on whose side you’re on) that has cut its trading price from a high of nearly $20,000 in mid-December to under $7,000 in early February. Crypto? More like crypt-doh! ®