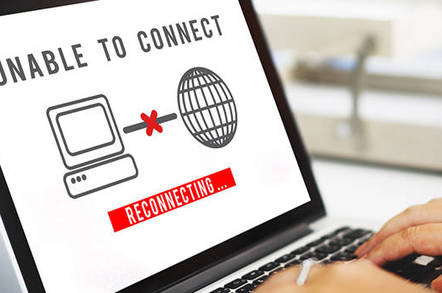 Perhaps this will calm the American military?

Back in August the US Army imposed a blanket ban on the use of all DJI products across the entire service, following unspecified “cyber vulnerabilities”.

Days after the company told El Reg it would launch its local data mode. In brief, all DJI apps connect to the internet, downloading new geofencing restrictions, flight control software updates, and so on. Some of these services are based in China, and it is this potential for “phoning home to China” which appeared to have upset the American armed forces.

Today DJI said that local data mode will be available in the “next update on the DJI Pilot app on CrystalSky and for select Android tablets.”

“We are creating Local Data Mode to address the needs of our enterprise customers, including public and private organizations that are using DJI technology to perform sensitive operations around the world,” said DJI legal veep Brendan Schulman, in a canned statement.

The company also said: “Since Local Data Mode blocks all internet data, the DJI Pilot app will not be able to detect the location of the user, show the map and geofencing information such as No Fly Zones and temporary flight restrictions. In addition, it will not notify drone operators of firmware updates. Telemetry data on flight logs such as altitude, distance or speed will remain stored on the aircraft even if the user deactivates Local Data Mode.”

We asked DJI why this took so long to implement. Company spokesman Matt Bailey said: “Back then we said ‘Local data mode has been in development for several months and will be included in future versions of DJI apps, starting in the next several weeks.’”

The British armed forces have, in the past, pointedly refused to comment on who makes any small drones they use – though the Military Aviation Authority’s Regulatory Article 2321 (PDF, 4 pages) sets out the lengthy process by which military units can apply for permission to use consumer-sized drones.

In contrast, some British police forces are enthusiastically embracing them, in spite of the perceived risks of operationally sensitive data such as flight paths being leaked to third parties. ®