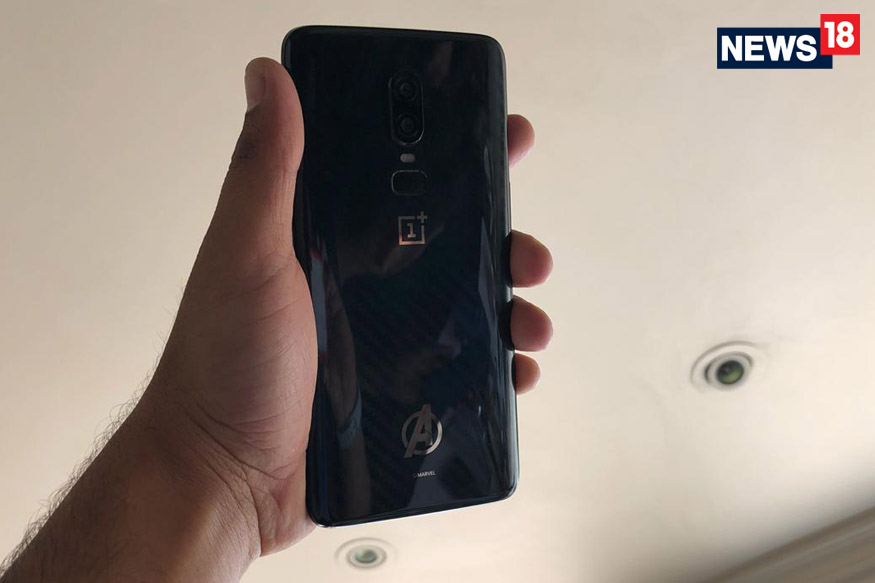 What’s in the Box?
The first thing that you will notice with the OnePlus 6 Avengers Infinity War edition is the box. It’s like a gift box for a Marvel Universe fan, with a big Avengers logo on top and on the side a copy that reads, ‘ Infinite Power. In your Hands.” This is to highlight that not only do you possess a special edition smartphone, but also a powerful one, probably referring to the Qualcomm Snapdragon 845 SoC that the OnePlus 6 comes with that’s backed by 8GB RAM. Once you open the box you are greeted with the device itself that’s slightly different than the regular OnePlus 6. We’ll get to that in a bit. Once you dive into the box you also get a very chunky Avengers Infinity War phone case as well, the one that we got on our review unit was the one that had the IronMan on it. There is also a DASH charger and a USB Type-C cable as well, but what’s intruding here is a medallion inside the box that’s made of metal and has a similar colour to the Thanos Gauntlet that was seen in the Movie. Now OnePlus says that there are six of these medallions and you can get any of the superhero medallions inside the box, we got the Thor Medallion in our box. 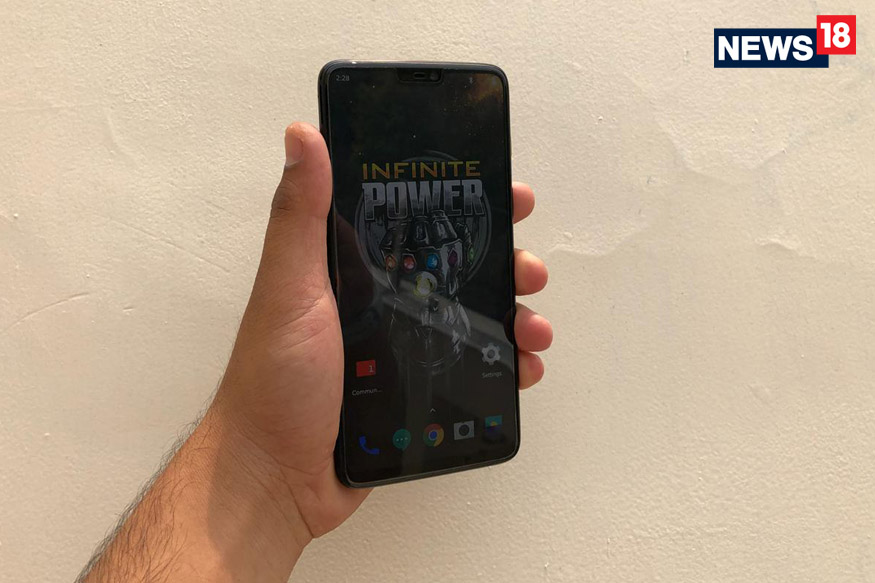 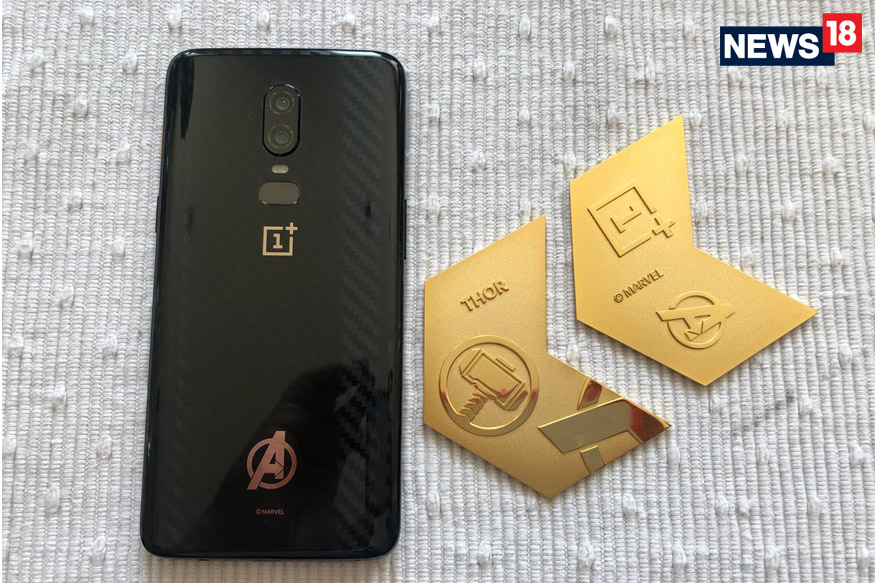 What’s Similar to The Regular OnePlus 6?
On the optics front the OnePlus 6 Avengers Infinity War version just like the regular OnePlus 6 sports a dual-camera module as its primary camera with one sensor of 16-megapixel with f/1.7 aperture and a supported camera module of 20-megapixel. The 16-megapixel camera now comes with Optical Image Stabilisation and EIS. The camera is also now capable of shooting 4K videos at 60 FPS. There is of course a portrait mode on the OnePlus 6 with advanced HDR capabilities as well. The front camera of the OnePlus 6 is also a 16-megapixel camera with a f/2.0 aperture and EIS enabled for stable selfies.

This device also retains the Face Unlock feature and the fingerprint sensor of the OnePlus 5T and a similar 3300 mAh battery with DASH charging support. The OnePlus 6 runs on OxygenOS based Android 8.1. There is also OnePlus’ signature Alert Slider on the device but the position of this alert slider that switches the phone between silent, vibrate and ring mode has moved from the left edge of the device to the right on the OnePlus 6. Upfront you get a display that has a notch on the top and measures at 6.28-inches. This is also a Full Optic AMOLED display with a 19:9 aspect ratio. The OnePlus 6 is also the first official smartphone in India to get the latest Qualcomm Snapdragon 845 SoC that has a maximum clock speed of 2.8 GHz.

Should You Buy It?
If you are a Marvel Universe fan and a OnePlus fan, well it’s a no-brainier, get it fast. If You are a Marvel Fan and an Android User, this will be a special phone for you. If you really don’t care for the Avengers, just get a regular OnePlus 6. The Avengers edition of OnePlus 6 will also be a limited edition and if you plan to buy one, you’ll have to be really quick to get it, otherwise you’ll be left staring at out of stock message on your shopping cart.

Pricing and Availability
The OnePlus 6 Avengers Infinity War Special Edition will be available for sale starting May 29 and will be priced at Rs 44,999. The device will be up on sale on OnePlus India’s website and Amazon India.

So, will you be buying the OnePlus 6 Avengers Infinity War Special Edition? tell us in the comments section below.

Also Watch: OnePlus 6 First Impressions Review: All You Might Need in 2018