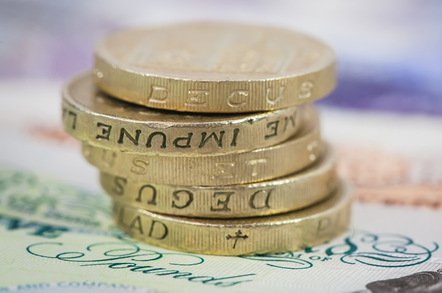 Contract of sale formed between company and backer, not Indiegogo, rules judge

The court, in south England, also ruled that Indiegogo’s terms and conditions were not relevant to the claim.

At Luton County Court this morning District Judge Clarke ruled that Retro Computers Ltd (RCL) had formed a direct contract of sale with Rob Morton of Mickleover, Derby, England. Morton had paid the company for delivery of one of the first hundred ZX Spectrum Vega Plus consoles it offered through Indiegogo in February 2016.

Judgement was entered against RCL for the sum of £584, made up of the £85 initial discount price for Morton’s Vega Plus, the £5 postage for the device, and travel costs plus loss of earnings for Morton himself and his two witnesses, Paul Andrews and Darren Melbourne.

Two years ago RCL offered its Vega Plus console to the public through the Indiegogo website. It has since failed to materialise, though the company has repeatedly insisted that it is still trading and still intends to deliver the product. Morton, who had backed RCL’s previous Sinclair ZX Spectrum Vega product, received an email from RCL in early 2016 urging him to sign up for a Vega Plus. He told the court that he had asked for a refund 45 times without success.

Dr David Levy, chairman of RCL, failed to attend the hearing. In an amended witness statement served the night before the hearing he claimed that he was too scared to attend because he was worried about “having his cock chopped off” by “trolls” whom he said had been urged to meet “outside the court in Luton tomorrow”. No such gathering took place. Levy also sent Morton £155 the night before the hearing in a last-ditch effort to stave off proceedings, something the judge described as “not appropriate”.

District Judge Clarke went ahead with the hearing in RCL’s absence, referring to defence documents filed on behalf of the company by Levy – in these documents was a copy of Morton’s original order and payment.

“That document is important in my view for this reason: it says ‘this order’. Not ‘this pledge’ but ‘this order’ has been successfully added to your campaign,” said the judge. “That would appear to be something that was probably in my view provided by Indiegogo but there’s no clarification of that. It makes it clear, ‘this is an order’. This was successfully added to your campaign. This is the information that was provided to the claimant at the time.”

He continued: “As far as the defence of the defendant is concerned, at no stage do they deny there was effectively an agreement to provide the Vega Plus. Their defence is very much on the basis of, ‘we’re going to produce it, he’s going to get it, it’s just a bit late’. There was an estimated delivery date of September 2016.”

The court also considered and discarded Indiegogo’s terms and conditions. RCL’s defence centred on pointing to the small print and asserting that because the Vega Plus was presented as a perk that backers voluntarily contributed towards the delivery of, and not a finished product that was bought from an online shop, that they should not be liable for refunds. District Judge Clarke commented:

The judge ruled that an implied contract of sale had been formed between Morton and RCL, and that RCL had breached the contract by failing to deliver the Vega Plus that Morton paid for.

“The assertion is the company is likely to go bankrupt in which case this claimant will not recover losses,” said District Judge Clarke, “and therefore the court should take that into consideration. However, this is a company that remains trading.”

He also declined to make a costs order against RCL in favour of Morton’s McKenzie Friend, who was advising him during the hearing. ®