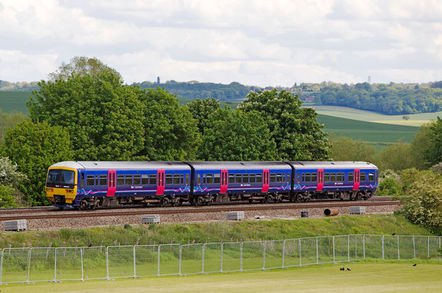 According to police, four suspects broke into the home of a man and his partner in Moulsford, a town famous for its appearances in Midsomer Murders, last Monday.

One witness speaking to the Mail on Sunday reported that the crooks – who appeared to fit the description of the archetypal hoodied hacker – were “young men in black tracksuits with the hoods pulled up.”

The cops were called to the scene at around 9:40am. The nearby Cranford House school was locked down while officers investigated the area on foot and by using a helicopter.

A spokesman for Thames Valley Police said that the case was an “aggravated burglary,” and was believed to be a targeted attack. No arrests have yet been made and cops have not confirmed that a transfer of Bitcoin was made. The Register has called the police force to confirm this.

While thefts of Bitcoin have often appeared in the headlines, using a real-world physical threat to do so is certainly unusual, although not unprecedented globally.

The fact that cryptocurrency can be transferred with anonymity and ease also makes its theft an attractive proposition for thieves.

On Wednesday, a trio of would-be robbers failed to force staff members of a Bitcoin exchange to complete a transaction, and in December of last year, a man was indicted for kidnapping, armed robbery and stealing the victim’s ether wallet, valued at $1.8m.

The values of cryptocurrencies – and Bitcoin in particular – have been generally been riding high since last year, with one Bitcoin currently worth £8119.75. The value of the currency has grown exponentially over the last year, leading some to comment it could be heading for a massive crash. ®