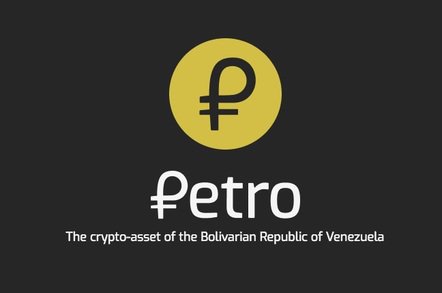 Perhaps it should start at home, where people are fleeing due to lack of food?

The “Petro” has also been given the job of realising a “vision of turning the country into a blockchain-based solutions development hub for emerging economies.”

Venezuela needs new industries and sources of cash because it’s economy has tanked, partly because its over-dependence on oil exports but also due to US sanctions designed to punish its government for weakening democratic institutions.

The combined result of all this turmoil has been hyperinflation and devaluation of the Venezuelan Bolivar to levels at which importing goods from the rest of the world is vastly expensive. Food shortages have become common and Venezuelans are now voting with their feet and leaving in a flood of people thought to rival or exceed the Syrian refugee crisis.

Enter the Petro, which “The Bolivarian Republic of Venezuela guarantees that it will receive PETRO as a form of payment for national taxes, fees, contributions and public services, taking as a reference the previous day’s Venezuelan oil basket price with a discount.” Tying the Petro to petrochemicals is said to give it real value, notwithstanding the fact that the entities that pump Venezuela’s oil aren’t wholly-owned by its government.

The Petro’s currently being tested and Venezuela’s government said it plans to put a token called “Petro1” on sale in a March Initial Coin Offering. By April, Petro exchanges should be in place.

It’s hard to see how the president reached that figure: your correspondent registered for the Petro pre-sale and a promised automated email failed to appear after an hour.

Perhaps the reference to the Chinese Yuan in the Tweet offers a clue that Middle Kingdom investors like the idea of the Petro. And perhaps also the Venezuelan government’s belief that “The Petro will be the foundation of a policy to promote development, infrastructure and training of young people in electronic mining, coding, cryptography, network security and economics 4.0, that will enable the exploitation of Venezuela and other developing countries’ most valuable assets in a new world of transparent, deconcentrated and manipulation-free markets, all thanks to technology.”

There’s more utopian stuff in the White Paper (PDF) Venezuela’s published to explain that the Petro will offer a means of exchange, a platform that “can perform the functions of digital representation of goods and/or raw materials” and also a “savings and investment facility.”

The white paper also says the Petro will fix problems caused by “the hegemony of the US dollar” and become “an international currency developed and promoted by an emerging nation for the development of a decentralized, more egalitarian, inclusive and transparent global economy.” ®