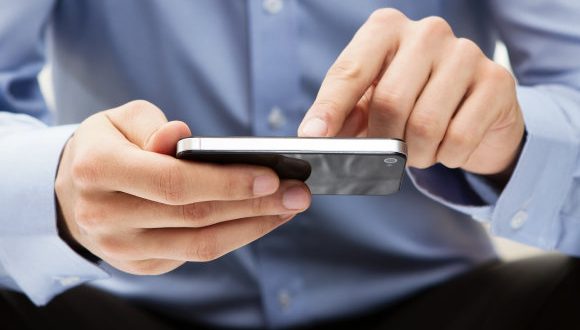 I recently sat down to chat with Abinash Tripathy, CEO and founder of Helpshift, with the ostensible purpose of discussing customer service and machine learning. But our chat took an interesting turn when he mentioned his daughter’s technological fluency. Tripathy traced the ways in which she and her friends interact with their devices to the emotional response that he remembers accompanying the early days of messaging. His conclusion: technology addiction has formed an entire language, one that the coming generations are completely fluent in.

How the AOL slamming door started a full-blown addiction

In the late 1990s kids learned two new signifiers, the creaking door noise notifying an AOL user that a friend came online and the slammed door when a friend left. This may have been the earliest example of awareness indicators – signals that your conversation partner is present or not.

“Today, the most pervasive version of an awareness indicator is the typing awareness indicator, which is most often represented as three dots – an ellipsis – in a bubble, as in Apple’s iMessage,” Tripathy said. He explained that this  feature lies in a nebulous zone between real-life speech (what linguists call “synchronous” communication) and text-based conversation (asynchronous). “It lets the other person engage on a level more similar to speech, in which you have eye contact and pauses, by signaling that you are engaged in real time, even though the communication is technically asynchronous. These three dots have spawned a new language, one that has all the accompanying signifiers and emotional impacts that speech does.”

It’s especially useful in service situations where the customer may be looking for validation and reassurance. And it’s time for everyone to start learning it.

Three dots and the brain

A slew of studies cropped up in the early 2000s examining the brain’s relationship to social media. Generally, they showed that humans react to positive social media stimuli (such as likes and favorites) in ways similar to responses to addictive substances – with a dopamine “high.”  With time and experience, the individual high decreases, and by now social media has become pervasive enough that the general population is accustomed to the highs and lows associated with it; in other words, a “like” feels pretty cheap these days. But the brain still goes through the same stimulation, albeit at a lower intensity rate for most people.

The upshot of introducing these indicators has been deeply divisive. On the one hand, they make the technology they are embedded in both more addictive and more engaging. Messaging apps take customers where simple email cannot go because messages are fluid, instantaneous and almost synchronous. On the other hand, it’s the “almost” aspect that stokes agita while the other side is pausing and presumably writing. In a New York Times article, “Bubbles Carry a Lot of Weight, Texting Anxiety Caused by Little Bubbles,” reporter Jessica Bennett called them “the kind of modern-day technological minutiae that had the ability to jail me in a very specific cognitive hell.”

If you are happily anticipating a response, the adrenaline rush that accompanies micro-communications is a good thing; however, if you are expecting a negative response, the three dots represent an agonizing period in limbo. Regardless, they carry heavy emotional impact.

Younger generations in particular are adroit at manipulating the three dots. “Sometimes I don’t want someone to know I’m taking so long to write a text that I start a brand-new blank text and then copy and paste it in the original chain,” confessed Laura Barganier, a public relations manager in New York. Users have learned how to shape the language of the three dots to match what they want their conversation partner to hear. Like any other conversational technique, the three dots have become a tool to communicate information – either good or bad. Businesses need to harness this tool.

Tap into the adrenaline rush of micro-communications

It’s expensive to have real-time chat for all your customers. For this reason, many businesses have reverted to an asynchronous approach in which users receive a push notification when the agent is ready. Unlike phone communication, where the customer is accustomed to elevator music, chat has the inherent expectation of timeliness and real-time updates – which is where push notifications and messages about the user’s position in the queue can be valuable. For non-urgent inquiries, this system works well.

For urgent inquiries, however, this wait time is torturous. The user is upset enough about a problem and often can spend that wait time in a high state of anxiety, similar to the state that Bennett, the New York Times writer, described while waiting for a love interest to text back. These inquiries need to be met with the urgency that they deserve – the customer needs to feel the reassurance of synchronous communication. To revert to the dating metaphor, the user wants to feel liked back, reassured and happy. This is where typing awareness indicators and “delivered” notifications come in. These alerts assuage the anxiety of asynchronous communication. They tap into an emotional language that customers are already speaking with each other.

“When used correctly, they bridge the gap between the humanity of eye contact and reassuring noises and the sterility of technological communication,” concluded Tripathy.

Indian IT Vs Pakistan IT Industry - Latest

Are you interested in the current affairs and the happenings of India & Pakistan? Want to watch an unbiased view, with minute by ...