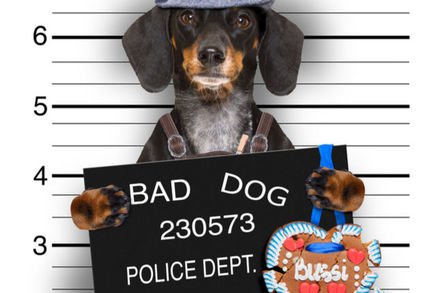 Attorney General Xavier Beccara said the operators of Mugshots.com and Unpublisharrest.com committed extortion, money laundering, and identity theft over the three-year period both sites were active.

Now, the state is seeking extradition for Sahar Sarid, Kishore Vidya Bhavnanie, Thomas Keesee, and David Usdan from other US states so they can face the charges in a California court.

According to Beccara, the group violated the law when they mass-harvested mugshots and records from police and sheriff’s sites around the state, then used the collected information to create profiles for the searchable Mugshots.com database.

After the profiles were created, the group would then only remove the pages via a takedown fee through the second site: Unpublisharrest.com. Those who did not pay the fee would then be liable to have their Mugshots.com page show up in background searches for things like job applications and housing deals.

The state noted that the site wasn’t particularly concerned with due process; many of those mugshots were of people who were arrested because of mistaken identity or law enforcement error, while others would later be acquitted.

Apparently, the scheme worked well for the group. Becerra estimates the sites were able to haul in about $2m worth of removal charges nationwide. California was actually one of the less-successful locales, as only 175 people from the Golden State paid up, a modest haul of $64,000.

Still, that was enough to draw the ire of the state’s Attorney General, and now the group faces the potential of years behind bars.

“This pay-for-removal scheme attempts to profit off of someone else’s humiliation,” says Becerra.

“Those who can’t afford to pay into this scheme to have their information removed pay the price when they look for a job, housing, or try to build relationships with others. This is exploitation, plain and simple.”

The state is now connecting with police in Florida, Connecticut, and Pennsylvania (where the four currently live) to get the site operators extradited to the West Coast where they can face trial. ®