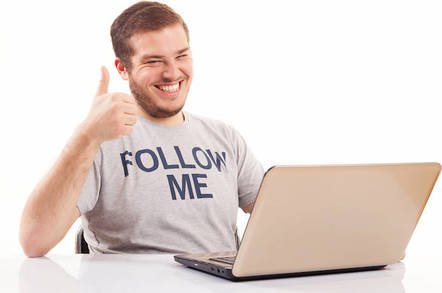 139 months. How fitting for an originally 140-character blog biz

The shoutfest broker of memes, sarcasm, news, jokes, harassment, Russian trolls, and so so much wailing, declared it had, for the first time ever, managed to make money in a quarter. For the three months to December 31, 2017, we’re told:

For the full year, Twitter was still a cash bonfire:

A big part of the rise to profitability was cost-cutting. Twitter, based in San Francisco, USA, told investors it has reduced expenses by 28 per cent from Q4 2016.

“I’m proud of the steady progress we made in 2017, and confident in our path ahead.”

Investors were also impressed by the strong showing. By midday, Twitter shares were up 17.5 per cent at $31.68. ®