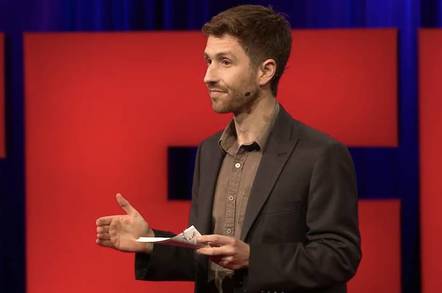 Now we’ve cashed out, here’s why everything is terrible

The Center for Humane Technology says its mission will be to “create a cultural awakening” of the dangers of social networking, media, and search platforms many of its members helped to create. The gang’s latest campaign, “Truth About Tech,” which launched this week, seeks to reduce the addiction to technology among kids in particular.

“The most powerful tech companies in the world are making deliberate decisions that do great harm,” said Tristan Harris, a former Google design ethicist, and cofounder of the Center for Humane Technology.

“Their business models often encourage them to do whatever they can to grab attention and data and then to worry about the consequences later, even though those very same consequences may at times hurt the social, emotional, and cognitive development of kids. It’s time to hold tech companies accountable for their efforts designed to target and manipulate young people.”

The center says the campaign, run in tandem with Common Sense, will, among other things, examine technology addiction in young people, provide resources to parents to help cut down on their kids’ device use, and run a conference to help raise awareness of the issue.

Among the targets the center has identified are Facebook, Instagram, Snapchat, and YouTube, which it says are “caught in a zero-sum race for our finite attention, which they need to make money.”

Harris and his center cofounders – a group that includes ex-Jawbone veep Aza Raskin, former Nvidia exec Randy Fernando, and Elevation Partners cofounder Roger McNamee – join a growing crop of techies who have since exited the market to become critics of its lapsed ethics and harmful effects.

In November, Facebook billionaire cofounder Sean Parker took sides against the social networking giant when he admitted he and Zuck had made their billions by “exploiting a vulnerability in human psychology.” ®