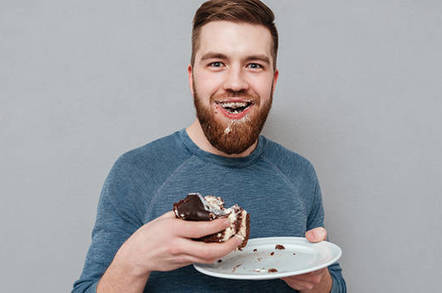 On Monday, Verizon said that, from this spring, it will start locking down newly purchased smartphones for an unspecified period of time – despite a long-standing and legally binding agreement with America’s broadband watchdog not to do so – on the grounds that it is cracking down on fraud.

This move will, according to the US telco, help thwart identity theft: if someone walks into a Verizon store, pretends to be you, and buys a handset using your stolen identity, they can transfer it to another cellular network, effectively stealing it while leaving you on the hook for it.

Locking the device to Verizon’s network for a while post-purchase should therefore, in theory, ward off fraudsters.

That policy is kicking off within a few months. Right now, Verizon smartphones are being locked down before they are sent to stores, and are unlocked when purchased. This pre-purchase lockdown, we’re told, is in response to armed robbers holding up Verizon stores in California at gunpoint, and stealing unlocked stock to flog on the black market. Fixing the handsets to Verizon’s network while they are on the shelves should deter crooks.

Locking those devices in transit to stores, to protect staff and corporate property, is fair. However, the upcoming introduction of a post-purchase lock-in period was met with immediate skepticism – not least because the telco has repeatedly tried to bypass an FCC requirement that it does not trap subscribers.

Surprisingly, however, that skepticism was not shared by one of the FCC’s own commissioners, Michael O’Rielly, who tweeted today: “Preventing wireless phones from being stolen? Seems like a great case for an FCC rule waiver – if needed.”

O’Rielly’s apparent willingness to make life a lot easier for Verizon infuriated many who feel the federal regulator’s leadership has grown too close to the industry it is supposed to keep in check.

“Perhaps an investigation into circumstances before leaping to a conclusion would be in order?” responded senior veep of consumer group Public Knowledge, Harold Feld. “Might be OK, might not be. Might be for safety. Might be anticompetitive. If only we had agency that could investigate! Oh wait…”

Others criticized O’Rielly for accepting the “paper-thin” argument that theft and fraud prevention was behind the decision to lock down phones – since it also has the important side benefit for the telco of deterring citizens from moving between mobile operators.

Although other mobile operators do lock down their phones for a period of time after a customer purchases a phone, Verizon specifically agreed not to do so back in 2008 as part of its $9.4bn purchase of six blocks of spectrum that gives it coverage across the entire United States.

Verizon tried to kill off the provision that whoever licensed the blocks “shall not deny, limit, or restrict the ability of their customers to use the devices and applications of their choice” – even suing the FCC to try to remove the clause. But the telco was beaten back by Google’s lawyers who petitioned the FCC to make sure that its rules were enforced.

Verizon claims that its new locking policy is “not inconsistent” with its obligations under the license agreement.

That is highly debatable, and there is a strong sense that the telco would never have tried to argue that point under the previous FCC administration. But under chairman Ajit Pai – who used to be Verizon’s assistant general counsel – the federal regulator has repeatedly made decisions that seem designed to benefit mobile operators. Some suspect Verizon is seeing what it can get away with.

We have asked Verizon to supply statistics on the number of armed robberies it has dealt with in both warehouses and retail stores over the past few years – we will update this story if the company gets back.

The truth is that phone locking is a very effective way of ensuring consumers stay with a particular company – the hassle of shifting operator introduces sufficient inertia that most don’t bother.

Due to its obvious potential for abuse, the issue has been a constant source of tension between mobile operators that wish to lock in consumers and policymakers who want to ensure consumer choice and competition.

There remains an uneasy balance in the industry with a variety of different rules over unlocking in place at each operator. But what few expected to see was a commissioner of the federal regulator actively arguing in favor of disregarding his own agency’s contract without a report, investigation or even any evidence. ®

A spokeswoman for Verizon has been in touch to stress that the post-purchase lock-in period will be a matter of months, not years, and is in line with the lock-in periods rival operators enforce. The biz feels its staff and products are being targeted by criminals because it sells unlocked devices, and wants to put an end to this lawlessness.

Verizon is still working out the details of the lock-in policy, hence its unwillingness at this stage to put out an exact figure on the number of days or weeks.

She also insisted that this move will not violate the telco’s agreements with the FCC.