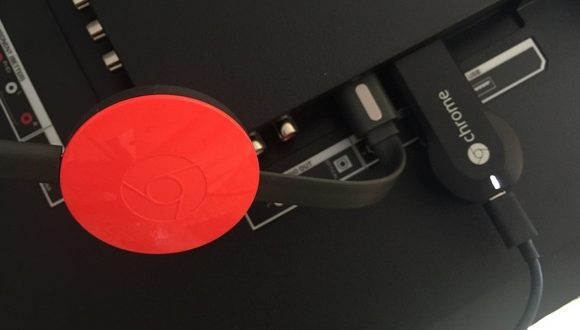 Chromecast’s screen mirroring feature is a useful fallback for video and music services that don’t have native app support.

This story was updated on August 3, 2017 to reflect various updates to the products and processes associated with Chromecasting.

In a perfect world, screen mirroring is something Chromecast users would never need to do.

Compared to apps that support Chromecast natively—letting you hit the Cast button and have just the video appear on the screen moments later—mirroring your entire display is an inferior process. Because the video is streaming to Chromecast from your device instead of the internet, it puts a major drain on battery life and is prone to stuttering or choppiness—especially on slower Wi-Fi connections.

Still, there are times when screen mirroring is your best option. It’s the only way, for instance, to watch Amazon Prime videos on Chromecast, and it’s the simplest method for viewing photos on the big screen from social networks such as Facebook. Screen mirroring is supported on phones running Android 4.4.2 or higher, and web-page mirroring works with any computer running Google’s Chrome browser.

Here’s how to do it:

Mirroring in the Chrome browser

To mirror the display from a laptop or desktop, you must use the Chrome browser for Windows, Mac, or Chrome OS. Because tab mirroring can drain battery life, however, you might want to plug your laptop into a power source first.

Chrome used to require an extension for mirroring, but this feature is now built into the core browser. Just follow these instructions:

Select the Chromecast icon (the rectangle with a Wi-Fi icon in one corner) to the right of the address bar. You can also select “Okay, Got It” to dismiss the welcome message.

To mirror your current browser tab, simply select your Chromecast from the list.

To mirror your entire desktop display, click on “Cast tab,” then select “Cast desktop.” Select your device from the list, then decide whether to uncheck the box for sharing audio. Select “Share” to begin casting.

To lower the volume or stop casting, click the Chromecast icon to bring up the menu. (You’ll still need to increase your television’s volume if the sound isn’t loud enough.) You can also stop Casting by exiting the Chrome browser.

Chromecast mirroring from an Android device

Android screen mirroring should work with any phone or tablet running Android 4.4.2 or higher. Again, it’s a good idea to keep your device plugged into a charger while watching a movie or TV show.

Open the Google Home app, which is the same app you used to set up the Chromecast.

Tap the menu button in the top-left corner, then tap “Cast screen/audio” at the top of the menu.

On the next page, tap “Cast screen/audio,” then select your Chromecast from the list to begin mirroring.

And here’s a possible shortcut for Android devices running 5.0 or higher:

Swipe down from the top of the screen to see the notification shade, then open your quick settings menu. (Access to quick settings can vary by device, but a second swipe down should do the trick on stock Android and newer Samsung phones.)

Tap the “Cast”” button, then select your Chromecast from the list to begin casting.

In both cases, you’ll want to rotate your phone into landscape mode while watching a video. Otherwise, it’ll occupy only a small vertical slice of the television screen.

Unfortunately, there’s no way to mirror an iPhone or iPad display onto Chromecast. You can send locally stored media files to Chromecast with an app like Allcast, but for full screen mirroring, you’ll need an Apple TV or Lightning Digital AV Adapter.

This story, “Chromecast mirroring explained: How to beam your phone or PC screen to the TV” was originally published by
TechHive.

This video introduces the idea of the consumerization of IT and discusses integration issues, self-provisioning, app stores, and the ...